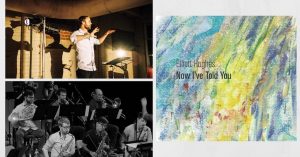 14-piece ensemble ‘Horizon Art Orchestra’ will reunite for one night only to perform his music, much of which was originally written for the group between 2010-2013. Featuring some of Perth’s best established and up-and-coming musicians, this concert promises to be a high-energy night of internationally acclaimed music.